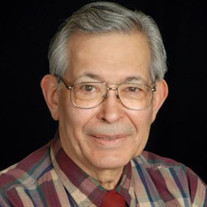 Early on Wednesday morning, May 11, 2022, our loving husband, father, grandfather, brother and friend, went to be with the Lord after a valiant battle with ALS (Lou Gehrig's Disease). David Allen Reeves was born on April 26, 1943, in Norfolk, Nebraska, to Kenneth Alvin Reeves and Edith Linn Reeves. The oldest of five children, David always had a deep love of God and family. He attended a small country school to 8th grade and then went to Battle Creek High School, graduating in 1960. He attended Norfolk Junior College before getting a degree in civil engineering from the University of Nebraska in 1965. He left Nebraska that fall for a job in southwestern Colorado with the Bureau of Reclamation where he worked on water projects including Morrow Point, Crystal and Silver Jack dams, mainly as an inspector. He met his future wife, Marlene Anne Terry, on a blind date in January of 1966 and after talking all night they knew they were soul mates. They were married on August 6, 1966, in Montrose, Colorado. In 1971 David was transferred to Salt Lake City where he worked in the Information Technology division until his retirement in 1994. David was a wonderful man and filled his family's life with faith, love and laughter. He had a dry, sharp wit and especially enjoyed puns. Dave always strove to help everyone in any way he could. David became very active in the churches he and his family attended. He taught adult Bible study classes for many years, dedicating a lot of time and passion to his teaching. He was always eager to share knowledge and learn from others as well. Music was always an important part of David's life. He played saxophone, some piano and guitar. His mom loved to have her husband and five children sing together and they sounded beautiful in the old country church. David loved to sing and was very active in church choirs for most of his life. He had a deep, rich bass voice and enjoyed singing bass in a gospel quartet for many years. He was an avid photographer and saw beauty in all things such as weeds, flowers, bugs, birds and all nature, especially tiny things. His photos showed the beauty of nature that he shared through his extensive email list. David brought love, strength, faith, humor and joy to the many lives he touched. He will be deeply missed and never forgotten. David is survived by his wife Marlene, daughters Donna (Jeff) Bargar of Lincoln, Nebraska, and Laura (Jess) Ford of Conroe, Texas, and son Mark Reeves of Murray, Utah. He is also survived by three grandchildren, Joshua Bargar and Emily Bargar of Lincoln, Nebraska, and Zachariah Ford of Conroe, Texas. He is survived by siblings Duane Reeves of Madison, Nebraska, Donald Reeves of Palmyra, Nebraska, Eloise Pike of Monticello, Iowa and Diane Knox of Clyde Park, Montana. He was preceded in death by his parents, Kenneth and Edith Reeves. Visitation will be held on Tuesday evening May 17 from 6:00-7:30 p.m. at Goff Mortuary at 8090 S. State Street in Midvale, Utah. The funeral service will be held at 11:00 am on Wednesday, May 18 at Mountain Vista United Methodist Church, 8931 S. 3200 W. in West Jordan, Utah, with visitation one hour before the service. In lieu of flowers, the family suggests donations to the ALS Association or St. Jude's Children Hospital. . .

Early on Wednesday morning, May 11, 2022, our loving husband, father, grandfather, brother and friend, went to be with the Lord after a valiant battle with ALS (Lou Gehrig's Disease). David Allen Reeves was born on April 26, 1943, in Norfolk,... View Obituary & Service Information

The family of David Allen Reeves created this Life Tributes page to make it easy to share your memories.

Send flowers to the Reeves family.