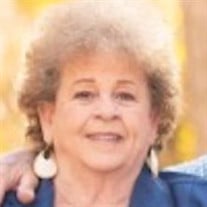 Devoted Wife, Mom, Grandma, Great Grandma, Great-Great Grandma returned to her loving Father in Heaven at the sweet age of 82 on June 11, 2022, at home surrounded by her loving family, due to a short battle with cancer. She was born February 23, 1940, in Salt Lake City, Utah to John Harold Workman Snow and Elizabeth Jackson. She was raised by Charles Frederick Mabee whom she considered her father. She met and married the love of her life Verl Glen Chidester on January 13, 1958, in Elko, Nevada. Later solemnized in the Salt Lake Temple on July 19, 1981. Together they began raising their children in Sandy, Utah and later in Draper, Utah. After having four children, they began a journey of being foster parents to 48 different children of which they adopted five of those children. Mom had the biggest heart and so much love to share, and she chose to share it raising children. Her family meant more to her than anything. She loved being around her children, grandchildren, great grandchildren, and great-great grandchildren. Mom and Dad served a mission to Peoria, Illinois for 12 months in 2005. She was a faithful member of the Church of Jesus Christ of Latter-Day Saints. She served as Relief Society President. Preceded in death by parents John Harold Workman Snow, Charles F. Mabee, Elizabeth Jackson, and siblings, Betty Jean Snow Simmons, Mary Ann Workman Snow Morris, Jackie Ray Snow Idom, Robert Clyde Snow, Jay Orville Snow, John Charles Snow and Alice Fae Workman Snow Barney. Also preceded in death by son Fredrick Glen Chidester, daughter Misti Ann Chidester, and grandson Treyson Lake Chidester. She is survived by eternal companion Verl Glen Chidester, Sandy, Utah, daughter Annette (Mike) Tanner, De Beque, CO, son Christopher M. (JanaLee) Chidester, Riverton, UT, son Verl L. (Vicki) Chidester, Sandy, UT, daughter Michelle M. (Dwayne) Mitchell, Chattanooga, TN, daughter Susan L. Gottfredson, Cottonwood Heights, UT, son Brian M. Chidester, West Valley City, UT, and son Lonnie D. Chidester, San Diego, CA,. She loved and cherished her 26 grandchildren, 33 great grandchildren, and 6 great- great grandchildren. Our family thanks the kind and loving employees of Escalante of Draper Assisted Living and those from Renew Hospice who offered so much relief to our mom and our family, in the short time they got to know her. Our Mom’s favorite color was yellow. We ask if you have something yellow and could wear it in remembrance of her, it would be appreciated, but not necessary. A viewing will be held at Anderson & Goff Mortuary located at 11859 S. 700 E., Draper, Utah, Thursday evening June 16, 2022, from 6:00 p.m. to 8:00 p.m. Funeral service will be held on June 17, 2022, at 11:00 a.m. at Crescent 11th Ward, 89 East 11000 South, Sandy, Utah with a viewing 1 hour prior. Interment will be immediately after services at Crescent Heights Cemetery, Sandy, UT.

Devoted Wife, Mom, Grandma, Great Grandma, Great-Great Grandma returned to her loving Father in Heaven at the sweet age of 82 on June 11, 2022, at home surrounded by her loving family, due to a short battle with cancer. She was born February... View Obituary & Service Information

The family of Donna Joy Snow Chidester created this Life Tributes page to make it easy to share your memories.

Send flowers to the Chidester family.