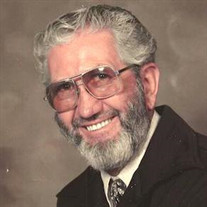 Gary Lynn Golden (age 83) of Nephi, Utah passed away on 2 April 2022 in Payson, Utah. He had a long battle with Rheumatoid Arthritis and Alzheimer's disease. The family wanted to thank his health care providers for all their care and support. Gary is preceded in death by his parents, Zelma Elizabeth Christensen of Nephi, Utah and Rufus Stafford Golden of Nephi, Utah. He was born on 30 August 1938 in Nephi, Utah in his family home which he later owned and lived in for the past 35 years. Gary was the youngest and last surviving sibling (Mary, Don, Reva, Glenn, Florence and Clyde). He attended the schools in Nephi. Gary married the love of his life, his traveling partner and his eternal companion, Phyllis Maurine Ludvigson Peterson on 14 November 1992 in Spanish Fork, Utah and later was sealed in the Manti Temple on 18 August 2012. Gary is survived by his loving wife, Phyllis Golden and his children, Tami (Kim), Ronda (Sam), Michael (Mikell), Grace "Butch," Marianne (Steve, deceased), Cody (Kelly) along with his bonus children, Kenna (Ross), Andy (Linda), Michael (deceased), Lloyd (Sherry), Elda, Kaelene (Todd), Lonnie (Laurie), Quinn (Carol) and Kyle. He also has many grandchildren and great-grandchildren who will miss his fun, loving and teasing nature. Gary was an Elder in The Church of Jesus Christ of Latter-day Saints and had many great experiences with activities and people. Gary enlisted in the Utah Army National Guard on 18 October 1954 and was honorably discharged on 12 November 1958. His occupation was a Prime Mover Driver and his highest rank was an E-4. Gary had many occupations throughout his lifetime. Basic laborer, worked in house construction and a Millwright. He went on disability in 1985 due to Rheumatoid Arthritis. Gary’s biggest joy in life was his family who he would support and do anything for. Gary and Phyllis would attend many activities and events with their families. He LOVED his family fiercely, they meant everything to him. Gary had many interests and hobbies. He loved the mountains, hunting, fishing, camping, trapping, collecting sheds, gardening, basically anything outdoors. Gary and Phyllis were campground hosts for many years and enjoyed that time together. He loved to work with his hands in any type of work, he was always tinkering around the house. Those listed were only a few of his interests and hobbies. Gary also loved to travel. Once Gary met Phyllis, who loved to travel as much as he did, they traveled and experienced many places. They were a perfect pair and blended well together. Gary also loved good country music with a catchy beat. Gary had the gift of gab, he could go up to anyone and start a conversation and before he left they were the best of friends. Until we meet again, you are loved and will be greatly missed. Services to be held on Saturday, 23 April 2022. There will be a Grave Dedication and Military Honors by the American Legion at 10:30 am at the Vine Bluff Cemetery, 1200 N. 400 E., Nephi, Utah. Immediately following the cemetery will be a Luncheon and a Celebration of Life at 11:00 am at Nephi Stake Center at 351 N. 100 W., Nephi, Utah. Condolences and Memories may be shared with the family at the Anderson Funeral Home in Nephi, Utah at www.goffmortuary.com

Gary Lynn Golden (age 83) of Nephi, Utah passed away on 2 April 2022 in Payson, Utah. He had a long battle with Rheumatoid Arthritis and Alzheimer's disease. The family wanted to thank his health care providers for all their care and support. Gary... View Obituary & Service Information

The family of Gary Lynn Golden created this Life Tributes page to make it easy to share your memories.

Send flowers to the Golden family.