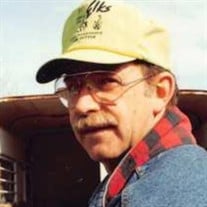 Our loving husband, father, brother, grandfather, uncle, and friend passed away peacefully on April 18, 2022 with his lifelong love by his side. Mike was born in Roosevelt, Utah on May 1, 1942 to Max S. McDonald and Cleo Timothy McDonald. He was the third of four children. Mike graduated from Jordan High School in 1960, and married his high school sweetheart Jeanette Diann Frear the following year. His military service took them to Fort Leonard Wood, Missouri when he was called to active duty during the Berlin Crisis. After returning to Utah, Mike worked in manufacturing printed circuit boards for such companies as Sperry Univac, Precision Technology, and Hill Air Force Base. In 1969 Mike and Jeanette welcomed their daughter Kimberly McDonald into the world. That same year, they moved to South Jordan and began their lifelong hobby of raising and showing horses. Mike competed in cutting competitions with his horse Sammy for which he won many trophies and belt buckles. He was also an accomplished entrepreneur owning and operating his own business, Circuit Board Services for over 30 years. Mike was known for his great sense of humor, his love for his horses, Oreos, milkshakes, and above all else his love for his soulmate and wife of 60 years, Diann. Even as his health and memory diminished, he was always concerned for her well-being, and thought of her constantly. Mike is survived by his wife, Diann; daughter, Kimberly McDonald (Kevin Stewart); brother, Gary McDonald (Loye); sister, Sheila Hansen (Keith); grandsons, Cody Christensen (Kyle), Jesse Christensen, and Dylan McDonald. Mike was preceded in death by his parents Max and Cleo McDonald, and brother Lyle McDonald (Marilee). Funeral services will be held Saturday, April 23, 2022, at 11 a.m. at Goff Mortuary, 8090 So. State, with a viewing one hour prior to services. Interment, Sandy City Cemetery.

Our loving husband, father, brother, grandfather, uncle, and friend passed away peacefully on April 18, 2022 with his lifelong love by his side. Mike was born in Roosevelt, Utah on May 1, 1942 to Max S. McDonald and Cleo Timothy McDonald.... View Obituary & Service Information

The family of Micheal Lee McDonald created this Life Tributes page to make it easy to share your memories.

Send flowers to the McDonald family.