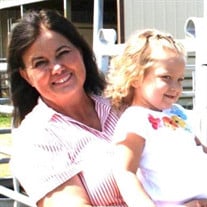 Vicki Bevan Taylor was born in Tooele, UT on July 8, 1951 to James L and Wynona Pugh Bevan. She passed away on June 18, 2022 in the University Hospital Intensive Care Unit, following a short illness. From an early age she had a passion for nursing and was awarded a scholarship to Weber State University and became a fully registered nurse by the age of 19. This led to a 43-year career as an OR nurse at several Intermountain Healthcare Hospitals. She was well-respected in the OR by her patients, doctors and colleagues. She was particularly proud to be asked to assist with the surgery of a gorilla at Utah’s Hogle Zoo. She was always a happy person and made friends easily. She could light up a room or diffuse an intense situation with a suitable, clever or comical remark. She was famous among her peers for saying humorous limericks and could include anyone’s name in a funny limerick on the spot. She particularly enjoyed her time spent in Hawaii, spending time with her nieces and nephews at Lagoon and orchestrating epic annual Easter egg hunts. She loved music, played the piano and sang beautifully. She was the drum majorette in the Tooele High School band when they marched in the inauguration parade in 1969. She loved gardening and broke the record for her delicious tomatoes. She was an active participant in the Big Brothers Big Sisters organization for many years. Vicki was an active member of the Church of Jesus Christ of Latter-day Saints and served in several different callings. She married Dr. Doyle H. Taylor on November 13, 1982. She is survived by her husband, her step-mother, Janet Bevan, her brother, Kelly (Teddi) Bevan, step-brother, David (Cindy) Williams, step-sister, Teresa (Wayne) Swasey and several nieces and nephews. She was preceded in death by her parents James L. and Wynona Pugh Bevan and sister, Terri Bevan Sagers. Funeral services will be held on Saturday, June 25, at 12:00 noon at Goff Mortuary, 8090 South State Street. Family and friends may visit from, 10:00 to 11:45 a.m. Her final resting place will be held in New Harmony, UT at a later date. In lieu of flowers, the family has asked that contributions be made in Vicki’s memory to Big Brothers Big Sisters of Utah, 2121 South State Street, apt 201, SLC, UT, 84115. The service will be livestreamed on the Goff Mortuary Facebook Page at the following link: https://www.facebook.com/pages/category/Funeral-Service---Cemetery/Goff-Mortuary-116988261695382/ (The livestream video will appear when the service starts.) ____________________________________________________________________________

Vicki Bevan Taylor was born in Tooele, UT on July 8, 1951 to James L and Wynona Pugh Bevan. She passed away on June 18, 2022 in the University Hospital Intensive Care Unit, following a short illness. From an early age she had a passion for... View Obituary & Service Information

The family of Vicki Bevan Taylor created this Life Tributes page to make it easy to share your memories.

Send flowers to the Taylor family.